This year, the Sadbhavana Pledge taking ceremony may be observed on 20th August, 2015. An appropriate function may be organized in which all exployees of the Ministry/Departments/Organisation be associated and “Sadbhavana Pledge” be administered. The text of the pledge is given over-leaf. 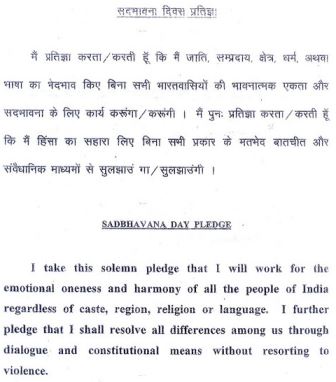