You are aware that many of the outstanding issues pertaining to the Defence Civilian Employees of the various Directorates under the Ministry of Defence is remaining unsettled.

You are aware that many of the outstanding issues pertaining to the Defence Civilian Employees of the various Directorates under the Ministry of Defence is remaining unsettled. All those issues were discussed in the Additional Meeting Mechanism Chaired by the JS (Estt.) . Subsequently the Federations have given agenda points also for discussion in the Steering Committee Meeting of the Departmental Council (JCM). However due to COVID-19 pandemic situation meetings are not taking place. Issues cannot be kept in cold storage on the plea of COVID-19 . Therefore we request your good self being the Chairman of the Departmental Council (JCM) to intervene in the matter and arrange to issue instructions at least on the following very important outstanding issues / demands of the Defence Civilian Employees.

Existing Benefits Provided by the Fund

Respected Sir,
With due regards, your attention is invited to the Agenda Point No. 65 raised by this federation BPMS in the Steering Committee meeting for the 90th Departmental Council (JCM) (MoD) held on 27.09.2013 {Refer MoD F.No. 5(2)/2013/D(JCM), Dated 24.09.2013}. This federation BPMS submitted that Ministry of Shipping, Road Transport and Highways have issued a notification vide Notice No. NH-11065/12/2003-P&M, dated 15.09.2004 to Secretary, PWD of all States/Union Territories and National Highways Authority of India clarifying that the provisions of Indian Tolls (Army and Air Force) Act, 1901 is applicable to all States and National Highways whereby Army personnel are exempted from paying tolls on roads and highways in the States/Union Territories for their private vehicles irrespective of whether they are on duty or not.

This Federation has firm belief that the defence civilians are also integral part of Defence Forces and they perform their duties in almost similar conditions of uniform personnel without any extra financial benefits. Hence, they (Defence civilians) also deserve to be granted the benefits to some extent on par with uniform personnel.

In this regard, D(Mov) offered its comments (copy enclosed for ready reference) that the subject matter was not being dealt with by D(Mov).

Therefore, you are requested to take appropriate action so that Defence Civilians may also be exempted from paying tolls on roads and highways in the States/Union Territories for their private vehicles. 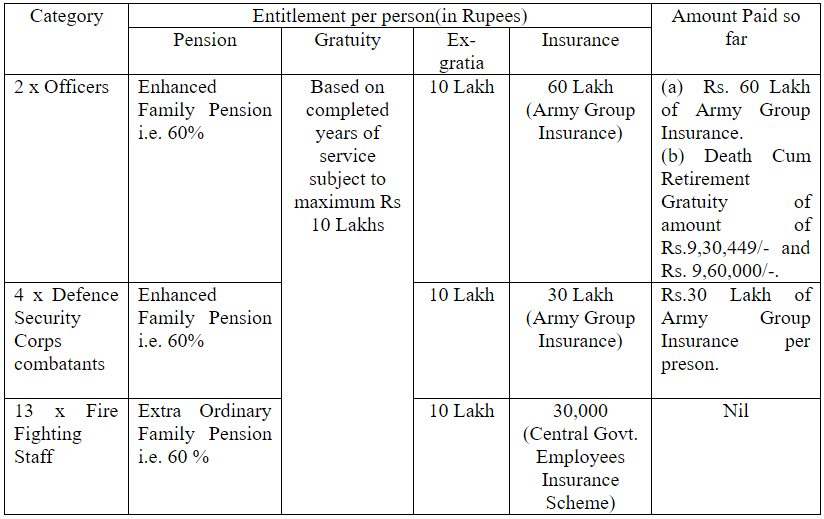 This information was given by Defence Minister Shri Manohar Parrikar in a written reply to Dr. Shashi Tharoor in Lok Sabha today.

2. Govt of India, MoD vide letter No. 8(14)/2015 dated 04 Mar 2016 has extended Canteen facilities to family pensioners of retired Defence Civilian employees. The procedure for processing of application will be as per this Dte letter No. 96301/Q/DDGCS/Policy dated 12 Aug 2015. The applicant must write Family Pensioner of retired defence civilian on the application form.

3. All HQ are requested to disseminate this letter to all Fmns/Units/URCs in their jurisdiction.