3 Points increased and pegged at 261.

As per the press release of Labour Bureau today, the All India Consumer Price Index (IW) is increased by three points from the existing level and stands at 261.

At centre level, Quilon reported the highest increase of 15 points followed by Godavarikhani (9 points) and Raniganj (7 points). Among others, 6 points inclease was observed in 4 centres, 5 points in 9 centres, 4 points in Il cenlres, 3 points in 8 centres, 2 points in 15 centres and 1 point in 11 centres. On the contrary, Ghaziabad centres recorded a maximum decrease of 2 points. Among others, I point decrease was observed in 6 centres. Rest of the 10 centres’ indices remained stationary.

The indices of 35 centres are above All India Index and other 42 centres’ indices are below national average. The index of Lucknow is at par with all-India index.

The next index of CPI-IW for the month of July, 2015 will be released on Monday, 31st August, 2015. The same will also be available on the office website www.labourbureau.gov.in. 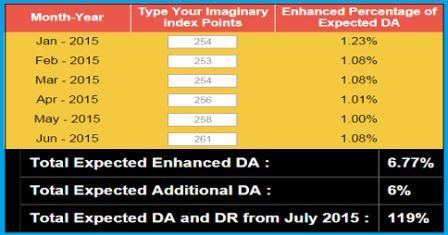